This day began with good news, we have a day off. As it is sup­posed to be a day off, it was filled with all kinds of enter­tain­ment. First we went to the rope park. When we arrived, we were quickly equipped, instruc­ted and were admit­ted on the tracks. For the time we were there, almost every­one had a little adven­ture. After we were awar­ded for our par­ti­cip­a­tion in the game, which con­sisted in the pas­sage of a large num­ber of trails. After return­ing to the camp, we were giv­en free time, in which every­one man­aged to do everything they wanted: to sleep, bathe, wash, play. For the first time dur­ing the time spent in the camp we were shown a movie (Inside out and Ivan Vasilievich) and staged a themed disco that left no one indifferent. 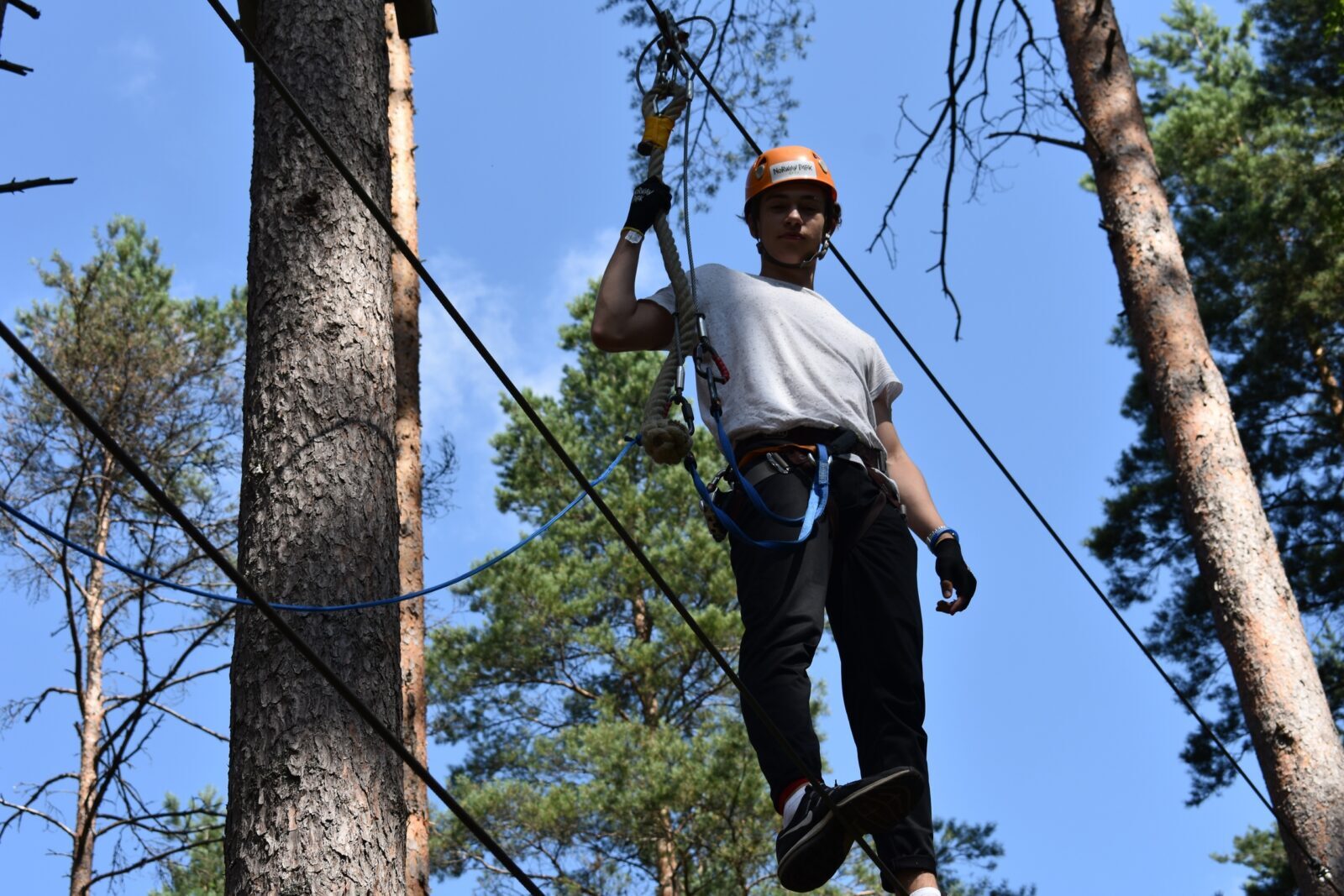 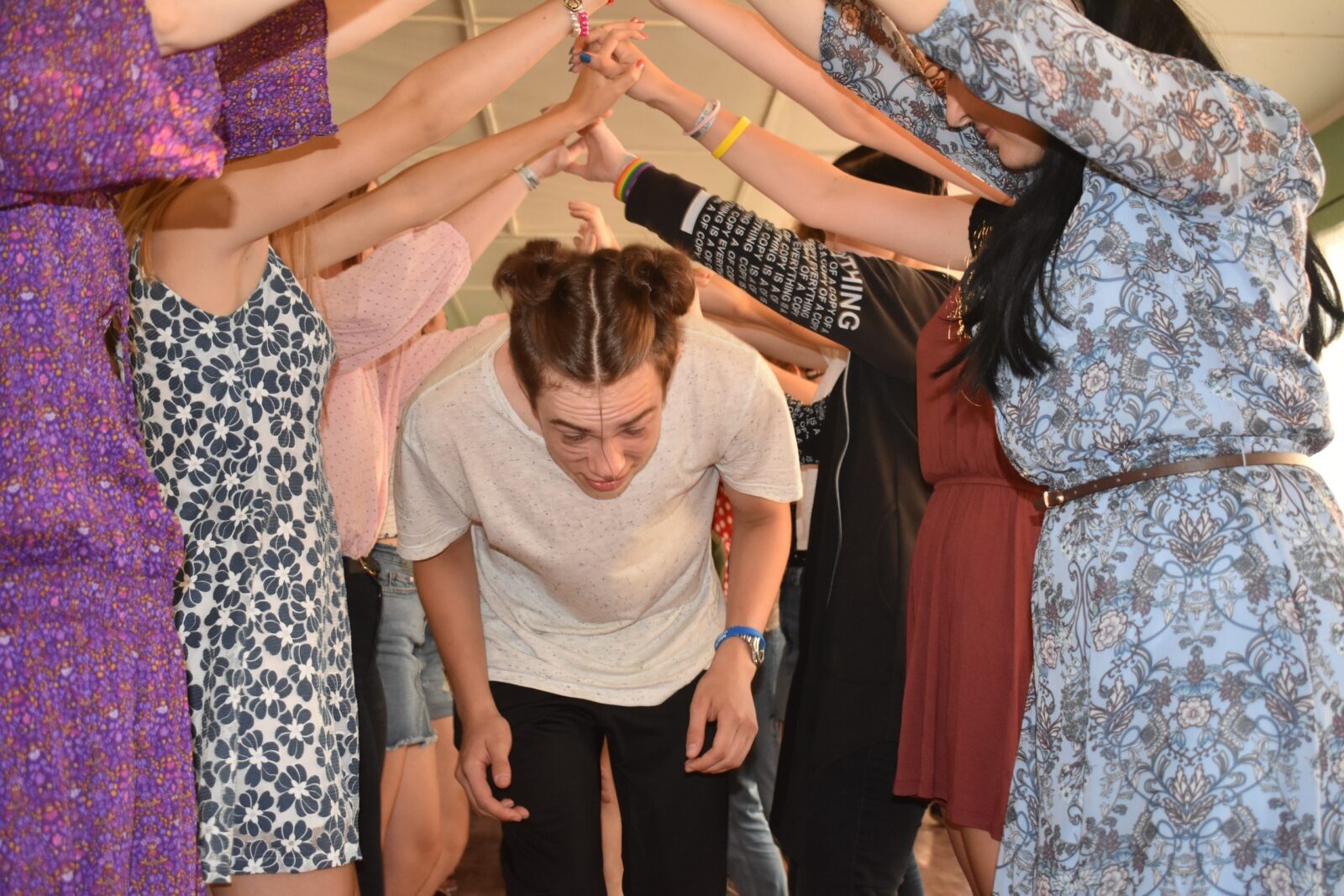 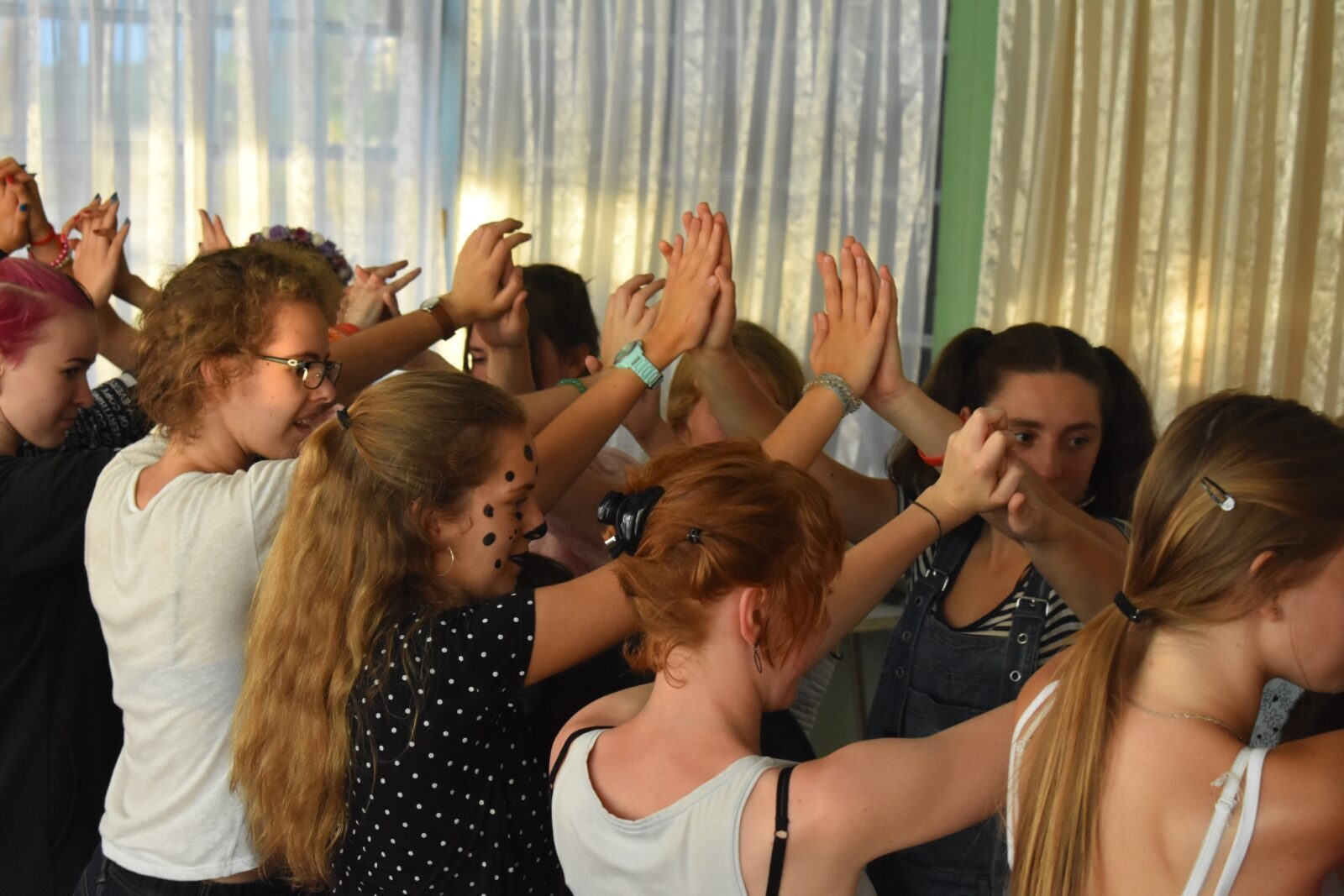 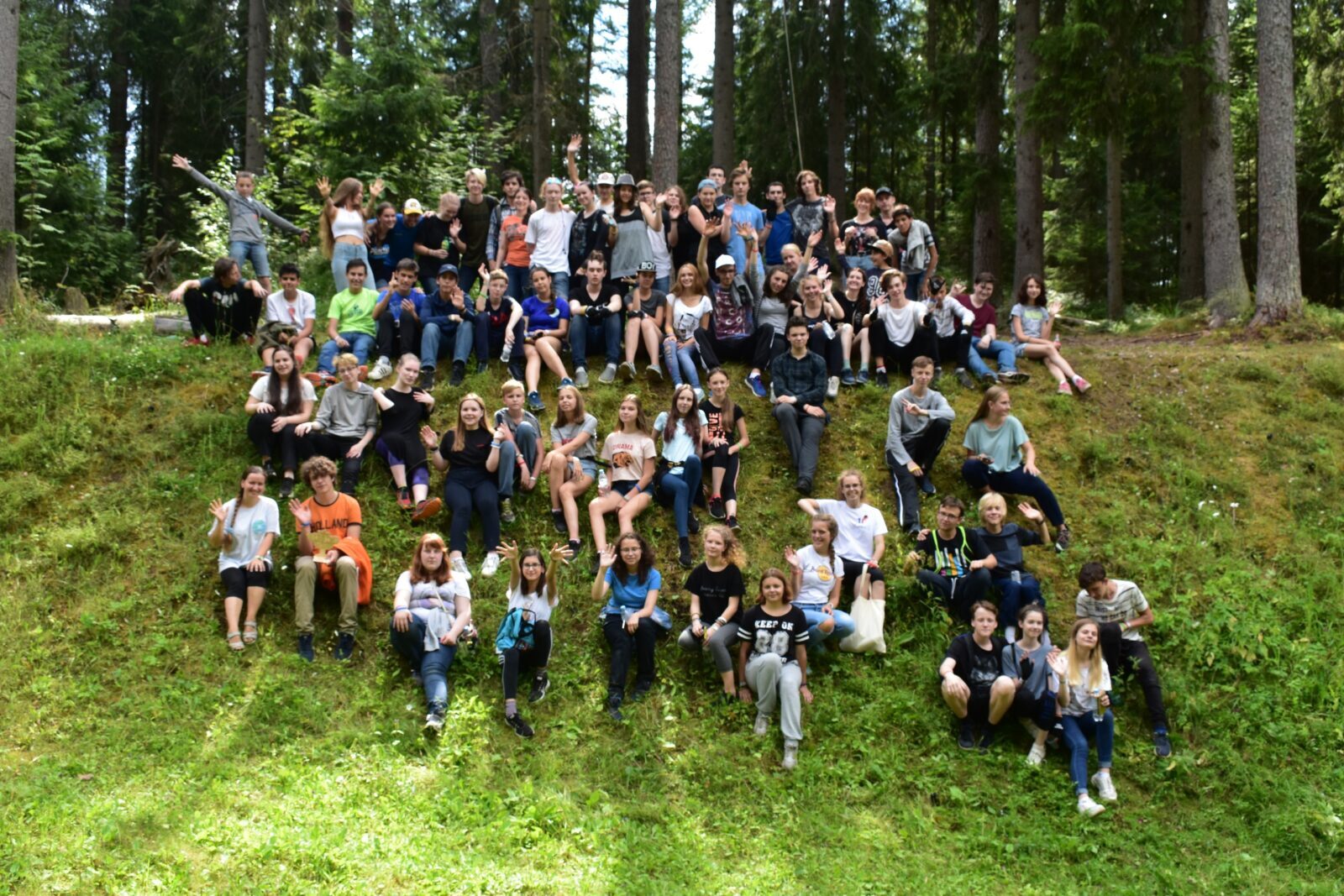 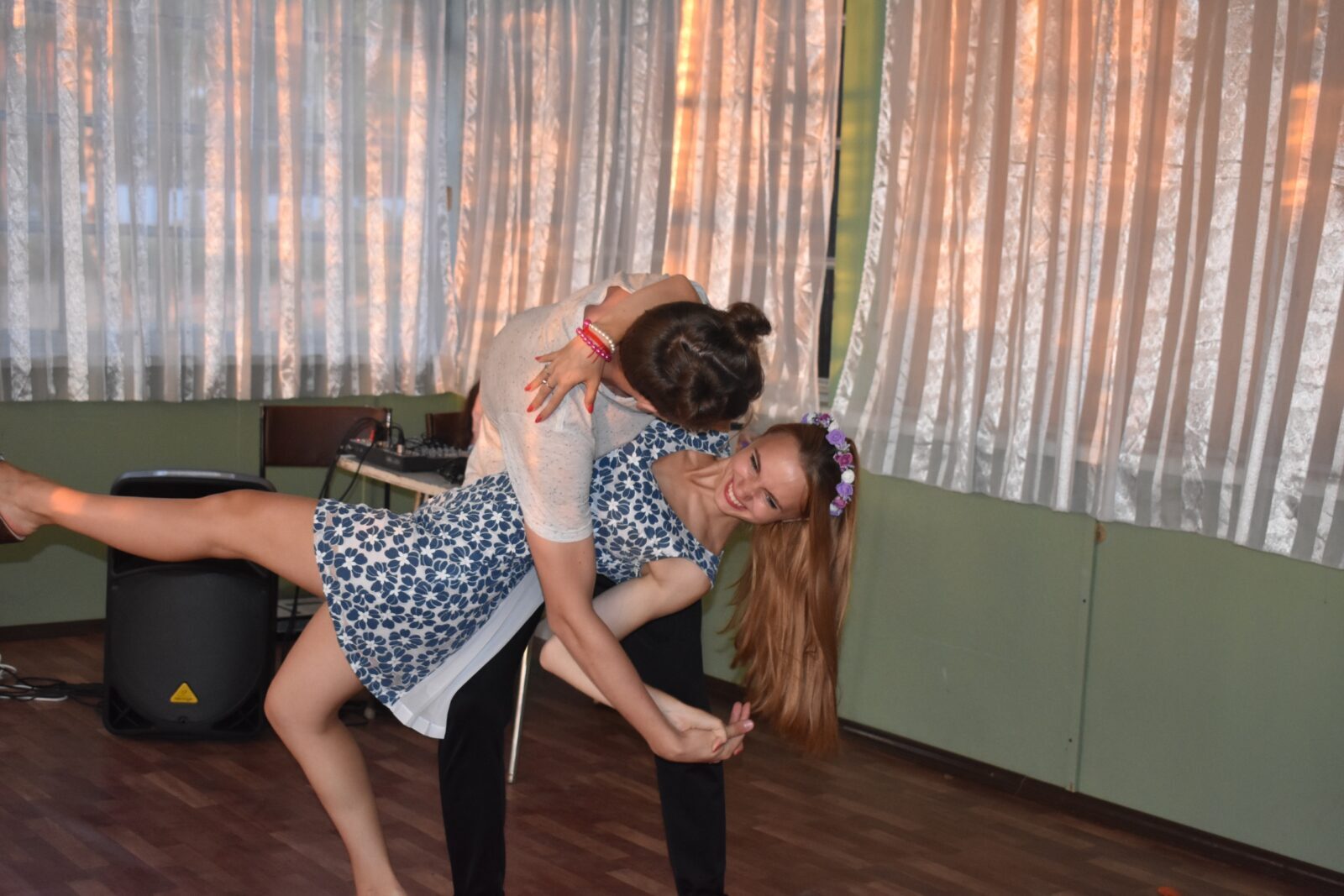 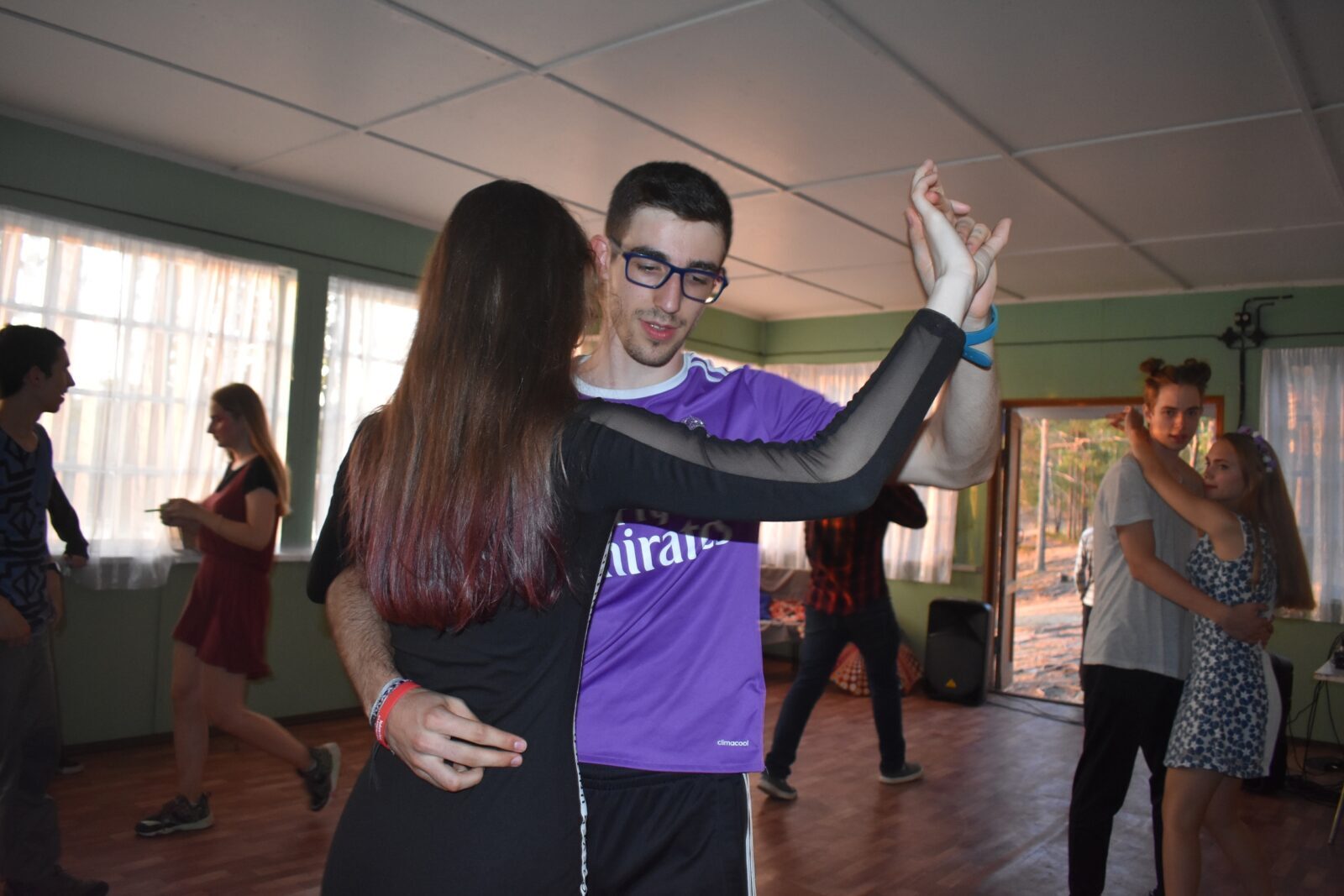 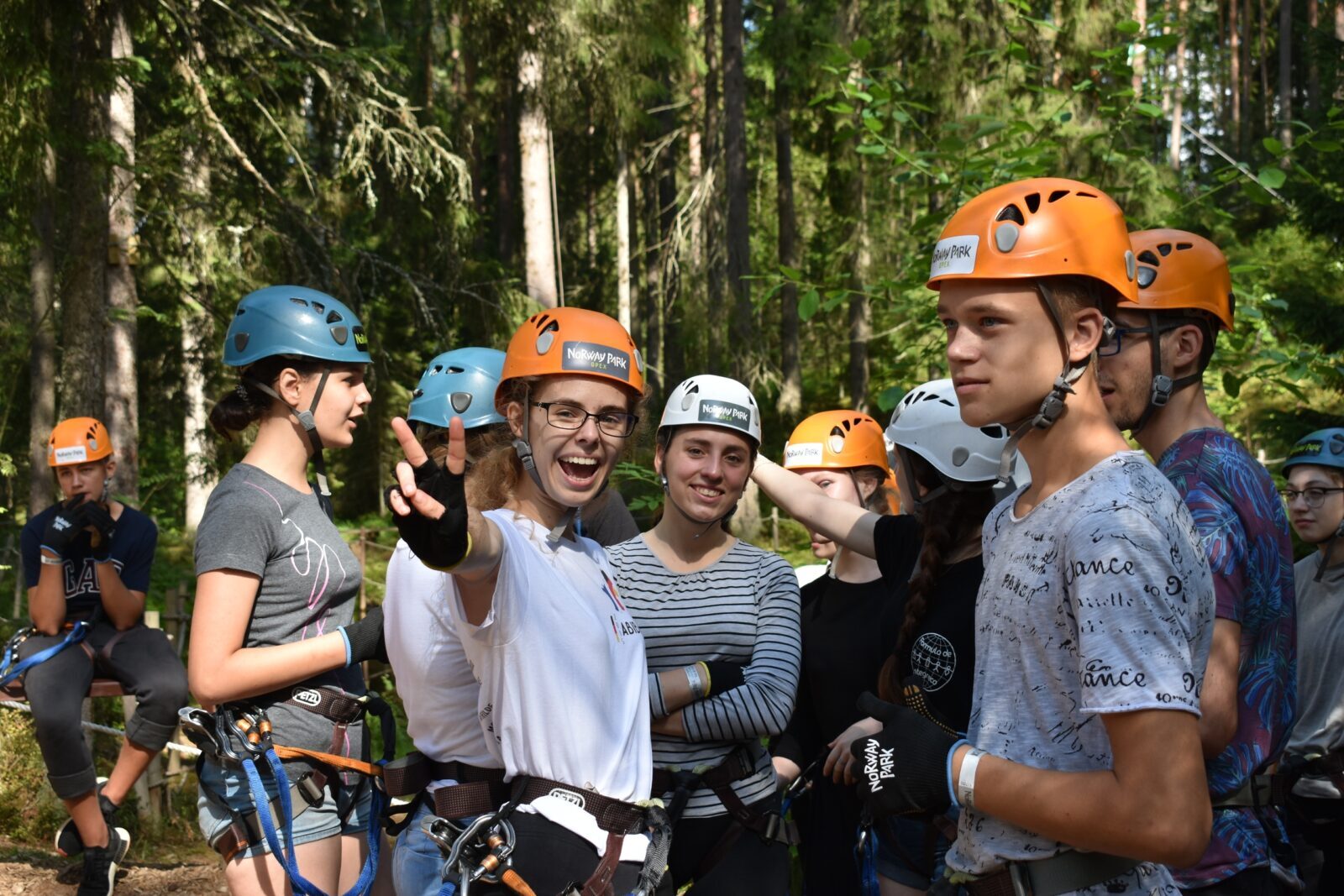