Today we had a silence day, what means do not use words at all. The les­sons were awe­some, but the lec­tures of maths were some kind of bor­ing (espe­cially the second one) :(

Dur­ing the deal of choice it was allowed to swim in the lake… The water was rather cold and dirty but every­one had a lot of fun. After that was a «vol­ley­ball» com­pet­i­tion (we played with blankets and water bal­loons) and the 3rd team won as usu­al (ba dam, tsss).

It was an inter­est­ing day that was filled with a lot of pos­it­ive emotions! 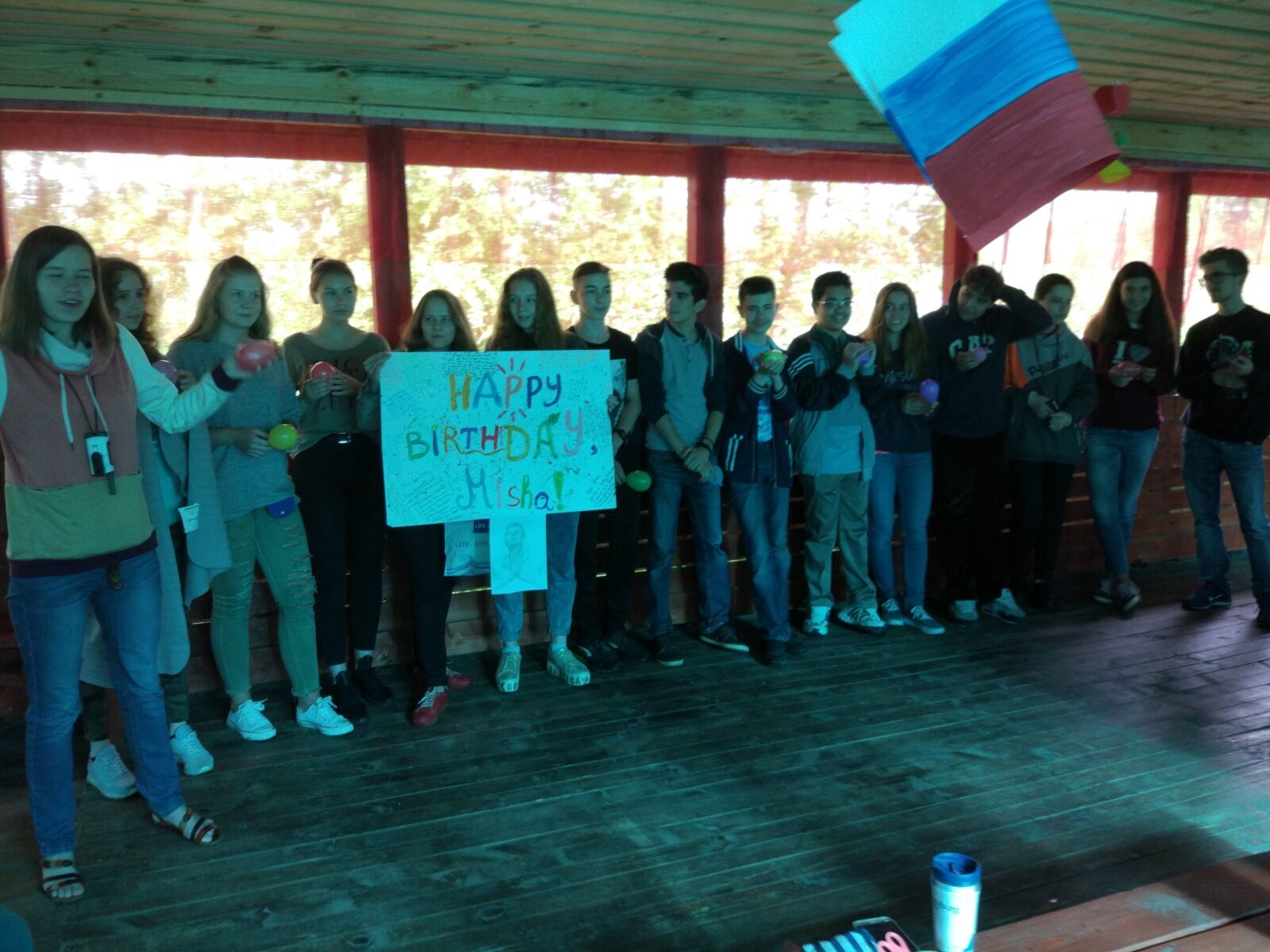